Omega Dance Company was founded in the 2010-2011 school year to fuse the art of dance and worship.

“The mission of Omega is to educate girls about dance and how it can be used as a form of worship to God,” said Lizzie Folwell, junior marketing and management major from Abilene and member of Omega since 2012. 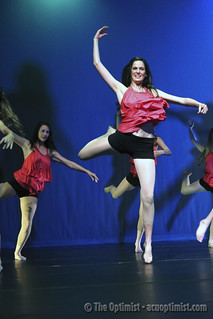 This years show focuses on allowing the performers to express their individual spirits through the dances. (Optimist photo by Deanna Romero)

Kelcie Broom (’13) founded the group because she saw a need for a dance group with a higher purpose.

“We’ve tried to not change too drastically about our mission or the types of dance that we do because it was meant to fulfill a void on campus where there wasn’t that type of dancing,” Folwell said.

At the end of each practice, there is a time for members of the group to worship how they choose””either through dance, prayer or quiet time, Folwell said.

“As dancers we have to have time to rejuvenate,” she said. “That renewal comes through dancing as worship, but it’s important to incorporate that worship into our performance. When we’re up there we’re not performing for ourselves.”

Omega performs primarily modern, lyrical and jazz dances. The group has performed in the Ethnos Culture Show and the homecoming parade in the fall, while in the spring many members dance in Sing Song. The group performs at other locations in Abilene and ends the year with a showcase.

This year the group’s showcase is titled “I Am” and allows the members to incorporate their own stories into their dances.

“I think it’s a beautiful way to see inside who people are,” Folwell said.

The show has two remaining performances, Friday and Saturday at 7:30 p.m. in Cullen Auditorium. Tickets are $7 at the door or $5 for groups of eight or more.

“We’ve worked really hard so it would be great if everybody could come out and see what we’ve been preparing,” she said. 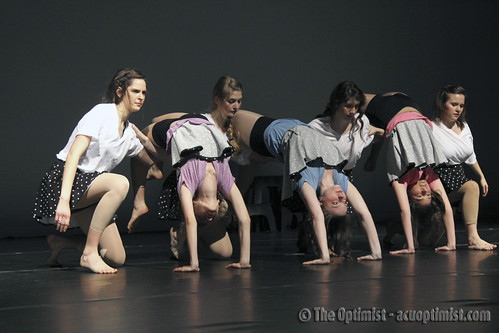 This years show focuses on allowing the performers to express their individual spirits through the dances. (Optimist photo by Deanna Romero)

ACU reported its lowest number of active COVID-19 cases during in-person instruction since Nov. 2 with 18 cases Friday. Quarantines also continue to decrease at 52.

ACU reported its lowest number of active COVID-19 cases during in-person instruction since Nov. 2. Quarantines also continue to decrease at 52. ...

A new sushi company with a unique test will open this Monday, January 25th. New Su
View on Facebook
· Share