You are here: Home / Sports / Wildcat softball commits five for 2017

Krystian Osbourn signs her letter of intent to play for ACU softball (photo via www.bccourier.com)

On Thursday, softball head coach Bobby Reeves announced the commitment of five high school softball seniors, all coming from Texas, to join for the 2017 season.

All of the signees, except one who plays catcher, will be able to provide presence on the mound giving the Wildcats seven strong pitching options for next year’s roster.

“I am very excited about our class, these five young ladies bring a lot of athleticism to our team,” said Reeves. “They are very versatile and I’m looking for them to make an already solid team even stronger.” 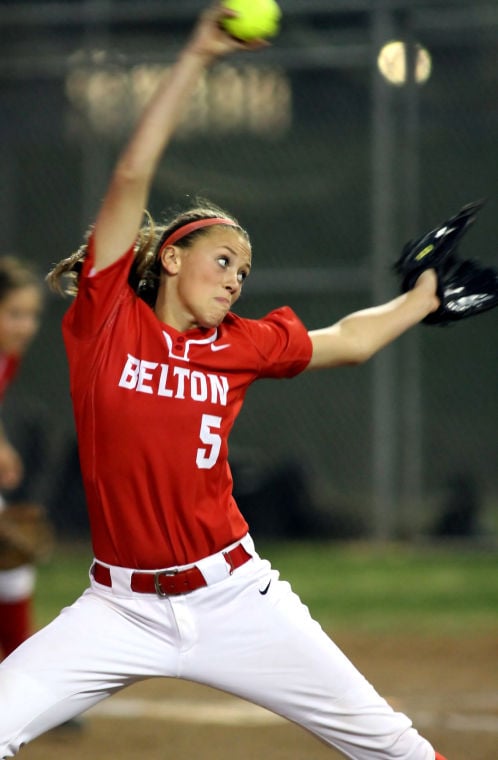 The signing class begins with Blair Clayton. Clayton is a 5-11 catcher attending Caldwell High School in Caldwell, Texas. Clayton has earned four letters at her high school and has been highly valued each of those years. She has made first team all district during her high school career and has earned quite a few tournament MVPs as well. Clayton has also made first team all-academics all three years going into her senior season.

Sidney Holman is one of the four new pitchers the Wildcats will have toss to Clayton in 2017. Holman is a 5-10 right handed pitcher out of Belton High School in Temple, Texas. Holman has put up a career ERA of 2.19 along with 636 strikeouts out of an overwhelming 472 innings pitched. She won district defensive MVP her sophomore year and made third team all-state this past year.

Krystian Osbourn is a 5-6 right handed pitcher/utility player out of Bandera High School in Bandera, Texas. Osbourn has hit a .420 average along with 14 home runs in her high school career so far. She put up an impressive 1.60 ERA as a pitcher her junior year. She has been named to the all-district team and the district all-academic team three times.

Victoria Poullard is a 5-5 right handed pitcher/utility player out of North Side High School in Fort Worth, Texas. Poullard has increased each year in hitting with an average of .430 her freshman year, .581 her sophomore year, and an unbelievable .615 as a junior. She was earned first team all-district as well as first team all-state honors for her outstanding performance.

Rounding out the the five signees is Emily Womble. Womble is a 5-8 infielder/right handed pitcher out of Hyde Park High School in Round Rock, Texas. She has a terrific career average of .600 with an ERA of 2.00 heading into her senior season. Womble was able to earn All-state honorable mention her freshman and sophomore year before she was finally named to the All-state first team her junior year.

You are here: Home / Sports / Wildcat softball commits five for 2017