Women’s soccer took a roster filled with several fresh faces and turned it into one of the more successful teams the program has seen in it’s ninth season of existence. With a 4-0 win over Incarnate Word last week, the Wildcats finished the year with a 7-2-2 conference record and an 8-8-3 overall record, in a season that saw ACU go up against some of the toughest competition the program has ever faced.

They finished the year third in conference, behind regular season champions Stephen F. Austin and last year’s tournament champions Houston Baptist. The Wildcats had a chance to capture the Southland Conference regular season championship heading into the final three games of the season. Sitting at 6-1-1, ACU had their final three games at home, but would suffer a devastating 2-2 tie to Sam Houston. The Wildcats then were blanked by SFA, ending their hopes for a conference title. 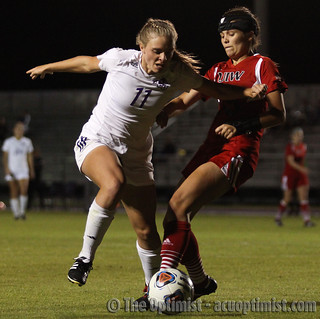 Any of the players and coaches will tel you that it was not the desired ending, but it doesn’t take away what the team accomplished.

Starting the season, head coach Casey Wilson was tasked with the challenge of taking a roster that was balanced equally with experience and youth, and keeping the program just as competitive as it had been the past few years. The Wildcats finished 2014 with a 5-4-2 conference record while suffering a meltdown in the final games of the year, going 1-3-1 over their final five games. 2015 looked to be up in the air, with many unknown factors, most importantly, how fast the new faces could adjust to the Div. I level of college soccer.

In their home opener, the Wildcats were rusty, barely escaping with a tie, 1-1, against a Texas A&M-Corpus Christi team who finished the year 5-5-1 in conference. Their next showdown was on the road against Nicholls State, where ACU captured their first win in nearly a month, 4-1. A late goal against Southeastern Louisiana gave the Wildcats their first conference loss and put them at 1-1-1 th 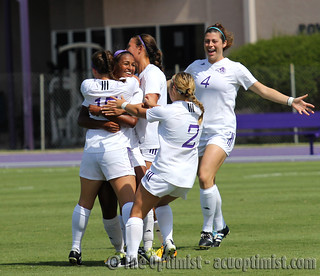 rough three games into Southland play, leaving the coaching staff with a lot of questions.

After recording a different result in their last three games, the Wildcats became the hottest team in the conference, winning five straight games while outscoring opponents, 15-6. ACU shutout both Northwestern State (2-0) and Central Arkansas (1-0) in back to back home games. The Wildcats hit the road for three games, starting with one of the best teams in the conference, HBU.

ACU proved that it was a serious contender when they defeated the Huskies at home, 3-1, and appeared to have a shutout on their hands, before giving up a consolation goal in the 89th minute. The Wildcats would record a season-high six goals against Lamar and stretched their winning streak to five games when Gomez recorded the game winner in overtime against McNeese State to put ACU at 6-1-1 and in prime positioning to take the conference. The win also gave Wilson his 100th career victory as head coach.

Offensively, the Wildcats were led by the freshmen duo of Owens and Standifer. They both led ACU in goals with six each, and finished in the top-10 in the conference in goals scored. Owens also added a team-leading six assists which was good enough for third place in the Southland. Senior Lindsey Jones and redshirt sophomore Kate Seay added four goals each. 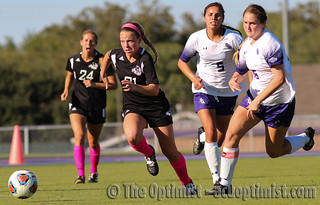 Defensively, the Wildcats began the year with junior goalkeeper Kelsey Dombrowski, before a head injury against North Texas ended her season. Junior Sydney Newton, who split time with Dombrowski during the 2014 season, took over in the box for ACU. She finished the year with a .794 save percentage (sixth in conference) and 85 saves (third in conference) in 15 games.

Roberts and Kinsey anchored the defense for ACU, who help opponents scoreless four times throughout the year. Kinsey was forced to spend the last two games of the year on the sideline with a knee injury coming at an extremely inopportune time for the Wildcats. Collectively, ACU allowed under two goals a game at 1.94, and lowered it during conference play to 1.09 goals a game against Southland opponents.

With so much youth on the team, it is exciting to think about the immediate future of this team. It could be a safe bet to say that women’s soccer could follow in women’s cross country’s tracks and be the next sport to bring a Div. I championship to ACU.

Dr. Phil Schubert, university president, confirmed the university's plans to start the spring semester on time and give students spring break from March 8-12. Read more below: ...

Phil Schubert, president of the university, confirmed details regarding next semester’s schedule including plans for spring break in an email sent to students and parents on Oct. 5. Regarding the beginning of the semester, Schubert said that the semester will begin on time. “We have decided to s...
View on Facebook
·Share