This season, the women’s basketball team is off to a hot start. They have compiled a 14-2 record and have a 10-game winning streak that has put them at the top of the Southland Conference. In addition, the Wildcats have grabbed a rank of 21st nationally in the Women’s Mid-Major Top 25 poll.

These women have been unstoppable at home, owning an undefeated 7-0 record in Moody and have been very tough on the road with a 5-2 record. The two losses came from two Big 12 teams: Texas Tech, 71-65, and Kansas State, 76-45. 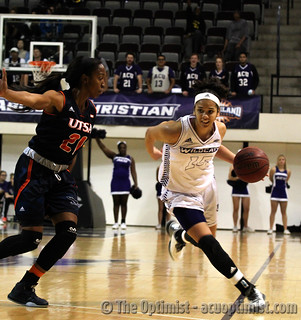 In conference play, the Wildcats have yet to lose, with a 5-0 start against the Southland teams and an average margin of victory of 13.6 points.

“It’s going pretty good,” said junior guard Alexis Mason. “I feel like we are a veteran team this year, so its making easier in close games with keeping cool and being able to win those close games, which feels good of course.”

A core group of juniors has been one of the many reasons ACU has gotten off to a historic start. Mason and forwards Lizzy and Suzzy Dimba and Sydney Shelstead, are the group that has excelled ACU.

The group leads ACU in several categories. Mason leads ACU in scoring at 16 points per game, while Shlestead comes in at second with 14.9 points. The Dimba twins and Shelstead are the top three rebounders for the Wildcats. Shelstead is tops with 7.7 rebounds per game, Lizzy grabs 7.6, with Suzzy at seven boards.

Her sister and fellow forward, Lizzy Dimba, agreed. “Just feeding off each other and knowing each others strengths and weaknesses and being able to go off of that, makes it good,” said Lizzy.

It takes a complete team to be able to put together a record that the Women’s team has done. The team has to be able to start strong and finish stronger, which is what Junior forward Sydney Shelstead pointed out. 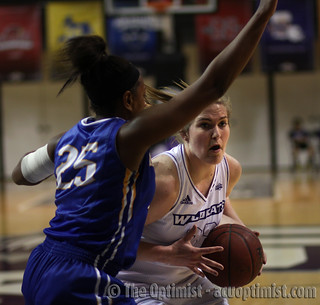 With the success of this season, several of the starters have been voted the Southland Conference Women’s Basketball Player of the Week in recognition of their outstanding play.

“Lately the fourth quarters have been the kicker, so we finish strong, which is a key and we have won these past few games with a big fourth quarter,” Shelstead said.

With all this success, the Lady’s team has their eye on the prize and wants to finish their season how they started. They are hungry and know their experience together can help them to reach that goal, which was shouted in unison from the five starters: “Win Southland Conference and go to postseason play.”

The Wildcats’ Western Athletic Conference tournament run and season came to a ... END_OF_DOCUMENT_TOKEN_TO_BE_REPLACED