Just one season after posting an impressive 17-12 record in only their second year in Div. 1, the women’s basketball team found themselves hoisting the regular season Southland Conference Championship trophy after defeating Texas A&M Corpus Christi, 63-52.

“I think that our team has really embraced team first wins,” head coach Julie Goodenough said. “This has been one of the closest teams I’ve ever had chemistry wise, because I think they all bought into, ‘hey we are a lot better when we put the team first and we put aside our own agendas and we just focus on team success,'” 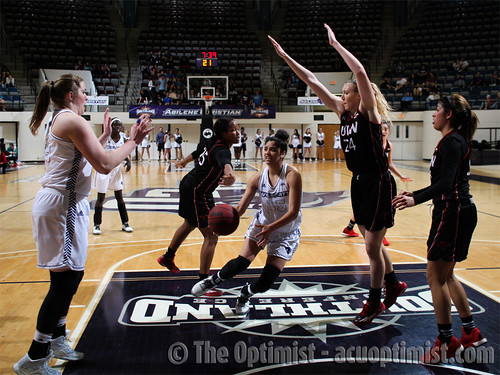 However, the Wildcats road was anything but easy. They started the season at an even 1-1 after a double-digit loss to Kansas State on the road, but quickly bounced back with a decisive win over UTSA at home, which led to three straight wins.

At 4-1, ACU traveled to Lubbock to take on a Texas Tech team they had split games with the previous two years. The game went down to the wire, but the Wildcats came up short falling 71-65. But the loss to Tech awoke something in the Wildcats, because they refused to lose over the next two months.

But the streak finally came to an end on Feb. 4 against Lamar. Just a game after they dominated the Cardinals 90-62 at home, junior guard Alexis Mason‘s career-high 30 points were not enough to overcome the Cardinals.

Shortly after the loss it became public knowledge that freshman Sara Williamson‘s mother, Sue Williamson, had been battling cancer since mid-November. The Williamson family was honored by the ACU community on Feb. 10 as part of the Wildcat’s annual play4kay game against Sam Houston State. 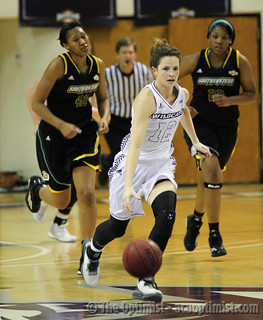 Less than a week later the Wildcat’s lost their leading rebounder, junior Lizzy Dimba, to an ACL injury and found out she would miss the rest of the season.

“We lost a very important player when Lizzy was injured and we had to have someone step up and take her minutes and Paris [Webb] did that,” Goodenough said.

Despite the various obstacles ACU remained focused and finished the season on an eight-game win streak, with its closest call coming Feb. 21.

Southeastern Louisiana had slowly cut the lead throughout the second half and trailed 72-69 with three seconds left and two free throw opportunities. After making the first free throw, SELU missed the second on purpose and got the rebound, but couldn’t convert the shot as time expired and ACU earned its 22nd win of the season.

In the final four games of the season, the Wildcats posted three double-digit victories including a 76-55 walloping of Houston Baptist on the road. As a team ACU was the highest scoring offense in the Southland at 75.8 points per game and finished second in scoring margin at 13.8 per game.

“Going into each and every game we wanted to win no matter how many games we had won before that,” senior guard Whitney West said. “Ideally we would’ve won all of our games this year, but losing only three is good too.” 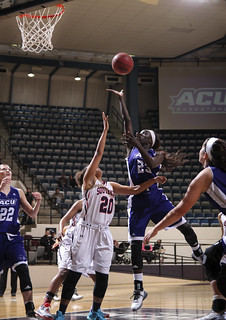 “We bought in and we believed what our coach said,” senior Paris Webb said. “We all agreed that we wanted to get to this point and its happening, it’s surreal. We all just wanted to as a team make up for Lizzy’s absence.”

After defeating Incarnate Word 66-58 for their 25th victory of the season, the Wildcats were offered an automatic bid into the Women’s National Invitational Tournament. Goodenough and her team have accepted the bid and await selection Monday, to see who they will play in the first round of the NIT. This is the first time in history of ACU basketball a team has been invited to the NIT.

“It’s a very exciting time to be at Abilene Christian and I think we are just on the cusp of some pretty awesome things occurring in the very near future,” Goodenough said.

The Wildcats’ Western Athletic Conference tournament run and season came to a ... END_OF_DOCUMENT_TOKEN_TO_BE_REPLACED