Two athletes have been key in the success that ACU track has had this season. The year has been filled with podium appearances and personal bests, along with ACU records. Two of those athletes to stand on the podium are sophomore sprinters Jessica James and Corneil Lionel.

At the last track meet, these two runners not only found the podium, but also their own personal records as well at the Wes Kittley Invitational. 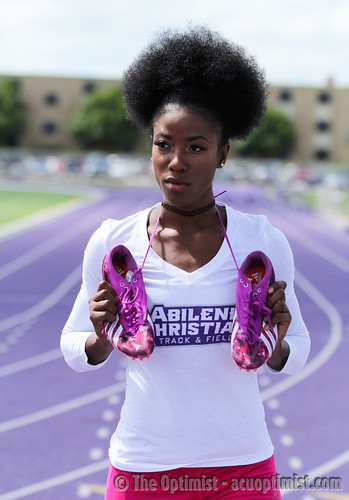 Lionel broke his record in the 100-meter dash, he posted a 10.25 second wind-aided time to place second at the meet, but broke his personal best by .01 seconds. Lionel’s time also placed him just in the ACU’s top-10 wind-aided marks at tenth place.

For James, she saw the podium a few times and was able to break her own personal records in the 400-meter dash and the 200-meter dash with times of 55.07 and 25.39 respectively. But unless you have witnessed these speed demons at work, you may be asking yourself who these runners are.

James comes from Trinidad and Tobago, where she frequently showed up the men in races. She would beat the other boys down the street barefoot and says that is where she got her start in track and where she found her love to compete.

She one day found herself on a 4-by-4 team, James says that, “It was with a group of girls that were phenomenal and they weren’t so sure about me.” But their doubts were quickly done away with as James described her performance as “exceptionally well, but that day felt like death, because I had never really ran that hard before, it was one of the hardest of my life.”

“This was the point of my career that it started, that is when coach Barnier recruited me.” They began talking and James says she got Barnier’s message loud and clear.

Jessica finished by saying that her faith and trusting in God, has allowed her to keep focused, working hard, and doing what she needed to do in order to get where she is today and will continue that path to get where she wants to be. 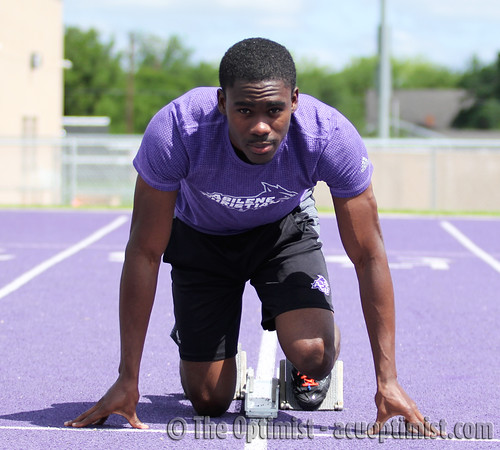 Lionel comes from St. Lucia, where he didn’t get involved track till high school.

He comments that, “When I was in high school, I tried track for the first time and I realized that I had talent and as I progressed, I thought I should try to get a scholarship with this and not waste my talent.”

And waste he did not, big schools came knocking on is door. Lionel says ACU joined his top five list after Barnier “took a trip to my school and then he recruited me and ACU became one of the choices I had to make in my top five: Arkansas, Baylor, TCU, Texas-Arlington.”

ACU was not his first choice. He began talking with Baylor, but Lionel explains “one day Baylor said they would get back to me, but I thought they were taking a little bit too long.”

Seizing this opportunity, Barnier swooped in and began to draw him to ACU. Lionel says that Coach Barnier “was consistent and was ready and all that good stuff, so I took a visit and felt like this is a christian environment that I want to be in.”

Lionel says that through hid experiences here so far, that he is just, “trying to stay focused, trying to reach my goal, I’m someone that never quits.”

The Wildcats next meet is scheduled on April 23 in Norman, Oklahoma at the John Jacobs Invitational.

The Wildcats’ Western Athletic Conference tournament run and season came to a ... END_OF_DOCUMENT_TOKEN_TO_BE_REPLACED