The ACU Baseball team has had some highs and lows this season. After staring off the season 6-3 before conference play started, they have now fallen to 10-17 heading into the midway point of the season and beginning the heart of their conference schedule.

There has been some bright points to the season, such as key transfers and big time play from a couple of freshmen. They have shown that the baseball team is in good hands as some of the key players have played solid throughout the season and have proved to everyone that they belong at the Div. I level.

These star freshman, shortstop Mark Pearson, first baseman David Ruot, and outfielder Willie Harris, are not used to failure. Each had successful high school careers and now find themselves the face of the future for ACU baseball. 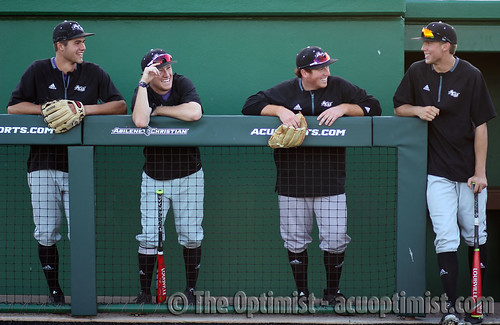 But as they develop more, they will be mentored by teammates such as junior transfer Braxton Wilks who will be a leader of the team as he sets to be a senior next season. The four, while in their first season for the Wildcats, have provided steady play for an up-and-coming program.

Pearson is from Abilene and attended Abilene High School as a key part of the team there for several years. Pearson lettered three years in baseball and was a pitcher for the Eagles as well as being a standout infielder. His senior year, he helped his team to a 21-8 record, where they won the District 3-6A championship, bi-district championship, the area crown and also a place in the regional semifinals. Pearson hit .408 and drove in 28 runs and was went 5-1 with a 1.31 ERA from the mound.

“Growing up in Abilene, I always knew a lot about ACU, got to know the coaches a little bit through the years just by going to games and them going to some of my high school games,” Pearson said. “So it ended up that they talked to me and told me they wanted me to come and play and this just ended up being the right place for me.”

Pearson will be a key part up the middle as he owns a .269 batting average in his freshman campaign.

Ruot was a two-sport athlete at Cooper High School less than five miles down the road from Pearson and Abilene High. He helped lead the Cougars to the Class 5A state playoffs as Cooper’s quarterback and was a second team all-district selection.

In baseball, he was selected to the first team all-district all four years in high school, as well as being named to the second team all-Big Country team by the Abilene Reporter-News. As a junior, Ruot batted .356 and had 14 RBI’s.

“I knew I wanted to go play Div. I baseball somewhere, I kinda had my chance here and it feels like it was a very good fit for me,” Ruot said.

Willie Harris comes to Abilene from Golden, Colorado, where he lettered four-years in both baseball and basketball. In baseball, he was selected to the all-conference team and also the all-state team as well. His junior year he hit .379 and had a great season all around, so much so that he became ranked as the no. 2 prospect for outfield in the state. He played in the Colorado Rockies’ Future Game and in previous summer and fall on the Rockies’ scout team. 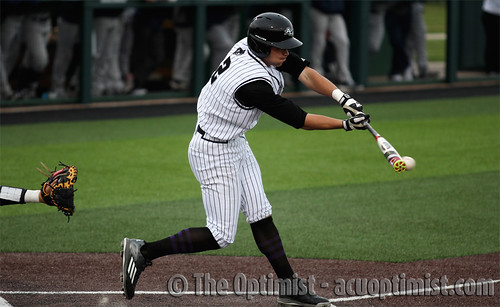 So far in his college career, Harris has managed a .292 batting average at the plate, which ranks as one of the leaders for the Wildcats. Over his last four starts, he has gone 7-for-15 for a .467 batting average with a pair of doubles.

The lone transfer in this group of four comes from McLennan College and was born in Sugar Land. Wilks graduated from Episcopal High School as a four-year letterman in baseball and had three state championships under his belt. He was named to the 2013 All-Southwest Preparatory Conference Team and the 2013 Under Armour Preseason All-American.

During the summer after he graduated, Wilks played for the Rossville Rattlers and and helped them to win the NBC 19U World Series. He accepted the chance to go play at Kansas State, but chose to transfer to McLennan after his freshman year.

“I am a fourth generation ACU Wildcat, so ACU has always been a great school,” Wilks said. “But out of high school, I got the opportunity to go play at a Big XII school and I loved it, I wanted to go play big-time Big XII baseball and then God has just kinda brought me here, which has been just awesome.”

At McLennan, he posted a .336 batting average with 22 RBIs and helped his team to finish runner-up at the NJCAA World Series. Wilks won the NJCAA Award for Exemplary Academic Achievement, as well as being named to the NJCAA Region V North all-Academic Team.

These four athletes all credit their start to their baseball careers to their fathers, saying that they were all signed up at a young age.

As for the goal on the season, Wilks said “we have been through some highs and lows, but I think for us, we just need to keep our highs low and our lows high and stay even keel for the rest of the year, then hopefully we come out on top.”

They all agreed if they can stay consistent and stick together, then the conference championship isn’t out of reach just yet as they are only through the halfway point of the season.

Ruot added he wants to see how the team responds for the remaining half of the season after a rough stretch saying that “seeing the character that this team has of fighting back and bouncing back and just keep playing hard is important.”

The Wildcats’ Western Athletic Conference tournament run and season came to a ... END_OF_DOCUMENT_TOKEN_TO_BE_REPLACED