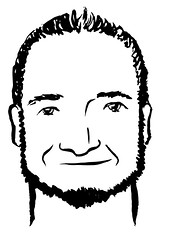 Sanderson has been a part of the Students’ Association for the past three years. During that time he has served as the Mabee Hall, Edwards Hall and off-campus representative.

His past experience and specific goals have led us to endorse him for president.

Sanderson’s leadership skills and interaction with numerous student groups qualify him for this position. If elected, he plans to meet with every student group on campus to help connect and meet their needs. He also wants to encourage students to join committees and will continue student involvement in the search for a new vice president of Student Life.

He also realizes the importance of getting students involved on campus and with SA. He wants to make sure students are aware of events and changes at ACU in plenty of time so they can be informed and involved.

We believe Sanderson has good ideas and is prepared to take on the office of president. We believe students can trust him to follow through with his plans.

Johnson had good ideas for increasing student involvement in SA, but didn’t give a specific plan for reaching his goals. We know SA needs to be a voice for the students, but how? Johnson does have experience and would make a good president, but ultimately we weren’t quite convinced.

The Wildcats’ Western Athletic Conference tournament run and season came to a ... END_OF_DOCUMENT_TOKEN_TO_BE_REPLACED