Librarians and library staff responded to a leak that damaged almost $10,000 worth of books on the ground level of the library last week.

On the Friday of fall break, an ice machine on the east side of the main floor of the library began leaking, and the water seeped through the carpet and caused damage to the art and design book collection.

Dr. Mark McCallon, associate dean for library services, said it was lucky the library planned to be open that day, otherwise the situation could have been a lot worse.

“It was first discovered by one staff member, then we immediately began calling other staff members to help out as well,” McCallon said. “We were fortunate that we had staff in the building. We immediately started putting up plastic to prevent any more water from landing on the books where they were.” 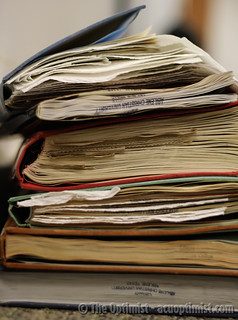 Among the staff that was called in was Amanda Dietz, the library’s project archivist and curator, who was able to offer her expertise in preservation. After covering the shelves with plastic, she, McCallon and the rest of the staff went to work taking down books to set them out to dry.

“Several people who were not even scheduled to come in but who had expertise, out of the goodness of their heart, were willing to come in, also,” McCallon said.

Dr. John Weaver, dean of library services and educational technology, was among the rescue crew. He said the issue was unexpected, but they were prepared to take action.

Each year, library staff forms and revises their disaster plan to refer to in situations like this. Leaks have happened in the past, but none as substantial as this one.

“This was a wonderful opportunity to learn and come up with possible solutions,” McCallon said. “We want to improve and learn for next time.”

The plan includes keeping supplies like plastic covers and paper towels on hand to protect and soak up water. By Christmas break, McCallon and Weaver said they hope to have installed a water detection alarm system for areas prone to leakage.

In all, $9,700 worth of damage was inflicted by the flooding ice machine. Some books were saved while others might have to be taken out of circulation or put in boxes to prevent molding and further damage.

As a result, Weaver is seeking to raise funding to replace the damaged collection.

“The library does not have the budget to replace these books this year and seeks the support of the ACU community to crowd fund the $9,700 (estimated) that it will cost to replace the 161 books,” he said.

To support the rehabilitation of the collection, visit http://facul.org/category/giving/books-periodicals/. All money raised will go directly to replacement of the damaged art books.

The Wildcats’ Western Athletic Conference tournament run and season came to a ... END_OF_DOCUMENT_TOKEN_TO_BE_REPLACED