The ACU athletic department will induct seven new members to the ACU Sports Hall of Fame on Friday at 6 p.m. on the ACU campus in the Hunter Welcome Center.

This year’s Lifetime Achievement Award will be given to former two-year director of athletics Don Drennan. 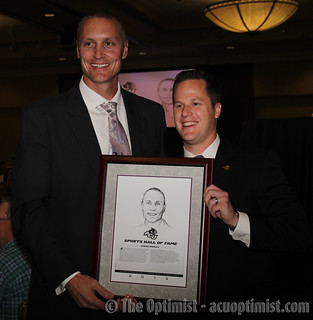 Jared Mosley was the director of athletics for ACU from 2004-2014. During his time, Mosley led ACU from Div. II to Div. I and the return to the Southland Conference.

Drennan was ACU’s third director of athletics from 1988 until he retired in 1990. He was director when the ACU baseball program was reinstated and the department began planning the building of Crutcher Scott Field.

Cooley was a student of the 1962 graduating class in which he was a member of the world record-setting relay team and one of the top collegiate hurdlers in the nation. Cooley was on the team from 1958-61 and established the national freshman record in the 220-yard low hurdles in a time of 22.6. He holds two ACU records with his top collegiate times as a junior – 14.0 in the 120 hurdles in 1959 and 22.2 in the 220 hurdles.

Grounds, formerly known as Teresa Rubart, was a standout on the basketball team from 1973-77. Still holding ACU’s all-time record in total rebounds at 1,194, rebounds per game at 12.7 and rebounds in a game at 29, her time at ACU is still considered one of the best in program history.

Lively goes down in ACU history as one of the best defensive linemen. As a junior, Lively earned honorable mention for the Lone Star Conference honors in 1976. In 1977, he accomplished even more with all-LSC honors as a senior. As a junior in 1976, Lively recorded 13 tackles, one sack and one fumble recovery, but in his final year at ACU he was a player on the team that made it to the 1977 national championship team.

Horn is the most prestigious and honorable volleyball coach in ACU history. Coaching from 1999-2005, she led the program for seven victorious seasons. Horn was the only coach in program history that took her team to two Lone Star Conference championships. In 2005, the team went to back-to-back regional tournament appearances, a regional tournament runner-up finish in and a 31-match winning streak. This same season is considered the utmost season in the volleyball program history and one of the most successful seasons ever accomplished by a sport at ACU. 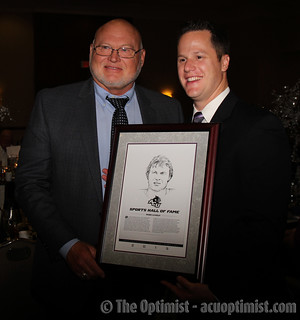 MIke Lively is one of the top defensive lineman in ACU football history and is the sixth member from the 1977 championship team to be inducted into the Hall of Fame.

Mosley has one of the greatest performances in ACU men’s basketball history. He is among the most prestigious athletes. Before finishing his career in 1999, Mosley led his team to the Div. II championship game. Not only was he a name that everyone on the court knew, he became ACU’s seventh director of athletics in 2004 where he stayed until 2014. Mosely was in reign to establish the Wildcat’s reclassification to Div. I and the transition into the Southland Conference. Mosely left ACU to become the CEO and president of the Texas Sports Hall of Fame.

Manning is in consideration as the ACU football program’s all-time best player. As a three-year starter at ACU from 2003-05, he was picked up by the Chicago Bears in 2006. Manning started all 30 games while being a Wildcat. He earned 12 NCAA Div. II awards and was a three-time first team all-region and all-Lone Star Conference honor with his career of 159 tackles, two sacks and 11 interceptions. He went on to lead the NFL in kickoff return average with 29.7 yards on 36 attempts. Manning announced his retirement after nine seasons of NFL play in the spring of 2015.

The members will be formally inducted into the ACU Sports Hall of Fame at the banquet in the McCaleb Conference Center of the Hunter Welcome Center on Friday, Oct. 16, at 6 p.m.