You are here: Home / Sports / Track dominates at home meet

Saturday’s meet was originally supposed to start at 11 a.m. but due to heavy rains and thunderstorms in the area, events were pushed back to later in the afternoon. Despite this, the Wildcats competed as though there were no issues. 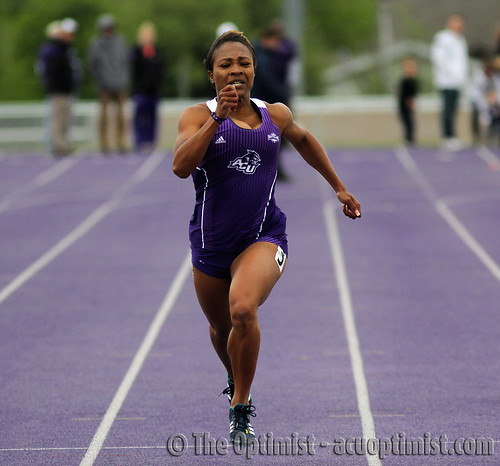 Lionel broke his own personal record of 10.26 seconds with a wind-aided time of 10.25. His time was good enough to push him to 10th place all-time at ACU for wind-aided marks.

Green moved into third place at ACU with her meet and stadium record time of 59.08 in the 400 meter hurdles. Green took gold, beating defending Southland Conference indoor champion from Sam Houston, Ruth Amaku. The only two Wildcats faster than her in school history are Yolanda Henry (57.45) and Justine Craig (57.83).

Pole vaulter, Kenzie Walker also had a strong day, setting a new meet and stadium record with her personal best vault of 13-04.25 (4.07m). Walker tied Texas Tech’s Haley Cook for the highest vault but had three fewer misses She struck out on a height of 13-6.25.

The women’s distance time once again claimed top spots in a multitude of events. Marina Guerrero clocked a first-place time of 11:05.61 in the steeplechase with her teammate, Gabby Thompson finishing second in 11:38. Michaela Hackett won her second consecutive 1500m, leading an ACU sweep of the top-three places with Aubrey Till and Carnley Graham finishing right behind her. Hackett posted a PR of 4:46. Till was runner-up in 4:48 and Graham was third in 4:48. In the 800, Diana Garcia-Munoz took second with her time of 2.16. 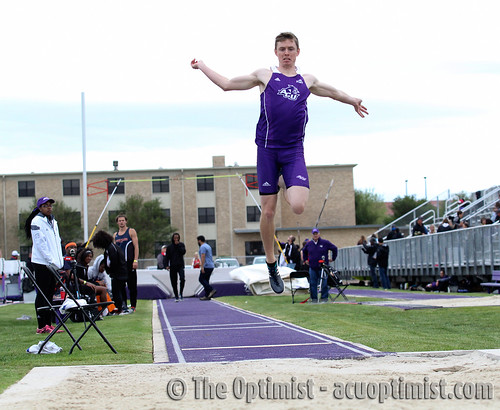 Over in the field events, Keaton Hart took fourth place in the long jump with his wind-aided distance of 23-04.75 while Jeremy Tathum was second in D1 triple jumpers reaching a distance of 48-04.50 (14.74m).

The Wildcats return to action next Saturday for Texas Tech’s Red Raider Open, while junior distance runner Allie Hackett is scheduled to compete at the prestigious Mt. SAC Relays in Norwalk, California.

You are here: Home / Sports / Track dominates at home meet

Breaking: ACU has announced Cullen Auditorium will undergo renovations this fall and will be renamed Pat Boone Theatre. Renovations are set to be complete in the summer of 2022.