You are here: Home / News / SA officers prepare for fall

As the semester draws to an end, the newly elected Students’ Association executive officers prepare to serve ACU’s campus.

Cabinet members were elected Thursday when 1,304 students voted using an online voting system for the first time. SA saw an increase in student participation with about 120 more votes than last year.

Rodney Johnson, current SA vice president, was elected president with 682, or 53.9 percent, of the votes.

“I have been preparing myself for this role throughout my college career,” said Johnson, marketing pre-law major from Odessa. “I have assumed the highest form of Congress for my age throughout my years and also by attending as many student shows and activities as possible to get to know the student body.”

Johnson said he hopes to accomplish a lot this year, but he is especially passionate about bringing notable music artists to campus.

“That is something that can happen and should be happening,” Johnson said. “Schools like Harding are doing that regularly. On average they bring artists like Paramore and Ben Rector in to perform at least twice a year. I just think it is inexcusable that we do not have entertainment for students on this campus.”

Beau Carter, current sophomore class president, ran unopposed and received the vice president position with 989 votes. There were 315 students who abstained from voting for vice president.

Although Carter, sophomore political science major from Farmers Branch, ran unopposed, he said did not take the race lightly.

“It was really hard running unopposed because I was looking forward to the competition,” Carter said. “I also think that competition is really great for students because they then get to choose whom they would like in office. With that in mind, I am very glad that I have the opportunity to serve as vice president.”

Andrew Tate, current junior class vice president, was elected treasurer with 831, or 65.4 percent, of the votes. Tate, junior biology major from Abilene, stressed the importance of spending all the money allotted to SA, the sustainable benefits of fundraising and increasing student awareness of SA’s purpose.

“I want to make sure students’ money gets spent on events and groups that are helping to develop the ACU community,” Tate said.

The new officers are looking forward to working together this upcoming year.

“I am really exited to work with this team of officers because we all were in Congress this last year together,” Carter said. “I think we will have a great team for this next year.” 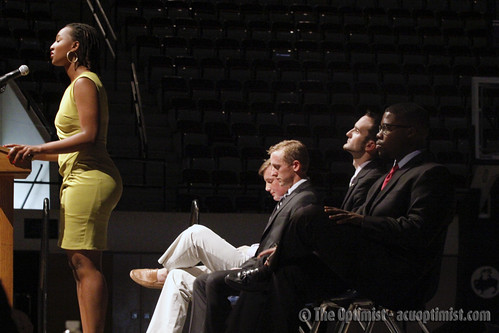 You are here: Home / News / SA officers prepare for fall

The Wildcats’ Western Athletic Conference tournament run and season came to a ... END_OF_DOCUMENT_TOKEN_TO_BE_REPLACED